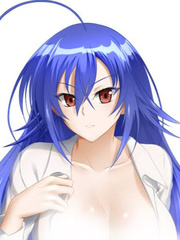 What is Unlimited Multiverse of Animes

Unlimited Multiverse of Animes is a popular fanfic written by the author Dan_Dy, covering HARÉM, REINCARNATION, ROMANCE, OP-MAIN CHARACTER, ANIME, ACTION, COMEDY, BADASS-MC, Anime & Comics genres. It's viewed by 1.1M readers with an average rating of 4.11/5 and 23 reviews. The novel is being serialized to 76 chapters, new chapters will be published in Webnovel with all rights reserved.

Warning, I know that many don't like bad grammar, so if you can't stand mistakes in a novel, don't read this novel English isn't my first language Dion is a young man who must have reincarnated as an ordinary boy after an accidental death He was not the classic mc destined to have a system or be Op in some Isekai he would only be born as an ordinary child But something went wrong The reincarnation in the body of the most dangerous existence in the Universe of Malvel, this destiny wasn't for Dion ... So his body never accepted Dion's soul, this rejection of body and soul drove Dion to madness ... he did horrible things and then he died ... But he didn't end up as technically not reincarnated, he was reborn as Thanos again and this cycle was repeated countless times In one of those lives, he obtained the most powerful object in the universe and this took him out of that hell but his soul was very damaged and Dion reincarnated several times in other worlds until two mysterious old men saved him and helped him In his last reincarnation, Dion lives his first fifteen years as a boy by the name of Grace, before beginning to regain his memories of stopped lives The MC will have several names so do not get confused if change the name to the MC