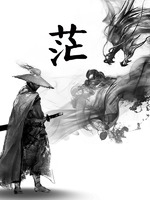 What is Unfathomable Patriarch

Unfathomable Patriarch is a popular web novel written by the author kuropon8, covering SYSTEM, CULTIVATION, XUANHUAN, GAME-ELEMENTS, ACTION, CRAFTING, SECT BUILDING, IMMORTAL, EASTER FANTASY, XIANXAI, Eastern Fantasy genres. It's viewed by 1.7M readers with an average rating of 4.14/5 and 61 reviews. The novel is being serialized to 236 chapters, new chapters will be published in Webnovel with all rights reserved.

//The story was moved here, put it in fan-fics by mistake, sorry for the inconvenience// It all started after I received that weird email... What? Click the boxes to select the body type? Want me to select a starting point? Let me put in the name and be done with this, it's getting late... I always was bad with Chinese names... how about... Zhang Dong ... Hehe... Wait why is everything going dark... Discord https://discord.gg/QZ5rpuC I created a Patreon page: https://www.patreon.com/kuropon I'll probably be posting chapters in the making there and maybe some forward ones if I write out a lot. But don't worry, everything will be posted here normally later anyway.

Reincarnation of a living god