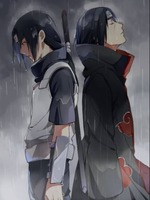 What is Ultimate Godly System

Ultimate Godly System is a popular fanfic written by the author proddy69, covering SYSTEM, HARÉM, R-18, ITACHI UCHIHA, REINCARNATION, ROMANCE, NARUTO, ACTION, Anime & Comics genres. It's viewed by 808.5K readers with an average rating of 4.1/5 and 26 reviews. The novel is being serialized to 16 chapters, new chapters will be published in Webnovel with all rights reserved.

After being killed by an aerial truck attack, a young man was reincarnated with what he had always dreamed of. Follow Uchiha Itachi as he plots against others and sets out to seek absolute domination. ______________________ Anyone who wants to support me: https://www.patreon.com/proddy69 ________________________ Disclaimer: I have no right to any character other than those created by me