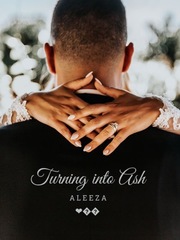 "All that glitters is not gold" is said rightly. A mistake did in past destroyed everything Alice had; her career, almost-destroyed life, fate and fame. It was not enough. It gave her a life time enemy who will leave no stone unturned to destroy her in every possible way. - Will she survive against a ruthless monster? - Will she make him realise that it was not her mistake? - Will he forgive her and maybe he falls for her too? Alice Miller: A young 24 years old High paid model became a penniless under the hands of a lawyer James Ashton who's fiancé was died in a accident and unfortunately the girl who was driving the car was Alice. And now James wants revenge from Alice. Follow this story and I am sure you will get addictive to it! It's an amazing and recommended story for those who believe in ups and downs of life.