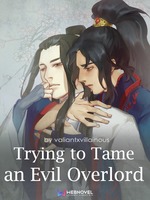 What is Trying to Tame an Evil Overlord (BL)

Trying to Tame an Evil Overlord (BL) is a popular web novel written by the author valiantxvillainous, covering BL, REINCARNATION, BOYXBOY, ROMANCE, ACTION, COMEDY, DOTING LOVE INTEREST, XIANXIA, SLOW-BURN, ANGST, LGBT+ genres. It's viewed by 1.6M readers with an average rating of 4.73/5 and 84 reviews. The novel is being serialized to 259 chapters, new chapters will be published in Webnovel with all rights reserved.

Yuan Xuelan was a plague upon all three Realms. In the end, he burned his own palace to the ground and never stepped out of those scarlet flames that turned everything black. If this insane, terrible and pitiful Yuan Xuelan was asked in his final moments if he would have done things differently given the chance then, of course, he would shout a resounding yes! But the one that would be given a second chance would not be Yuan Xuelan, but instead Liu Sumeng, the stoic general who stood at this mad emperor’s side. After being reborn in the year he first met Yuan Xuelan, Liu Sumeng vowed to save not only the world but Yuan Xuelan himself from that twisted fate. However…he slowly uncovers truths that really put a wedge in his original plans! Wasn’t Yuan Xuelan in love with his Shijie!? What do you mean it’s someone else!? --------- Cover art drawn by yours truly~ please don't steal! --------- Join the discord! https://discord.gg/DU9S2Y4 --------- Buy me ko-fi! https://ko-fi.com/valiantxvillainous

Magic With You (BL)