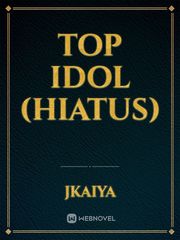 The biggest superstar in his time, Jay Kaiya, suffered a tragic accident. At the end of his life, if he had a chance for a redo, he wished to try celebrity management instead of spending his life in the spotlight. By luck, it just so happened he got that chance. He had transmigrated into another him in a alternate reality, however... the other him had attempted to kill himself... and perhaps succeeded... He also quickly finds out that he is in a strike load of debt, a father who recently abandoned him, complete amnesia of the past in his other life, and homeless... But regardless, he will use his memories of his original life, which might potentially be useless now... and rise to the top, with all that he can. To create his own legend. His story. The tale of Jay Kaiya. Release Schedule: Su-Tu-F +Th every other week A/N: Book is inspired by Top Management, God of Music, and Super Stars of Tomorrow.