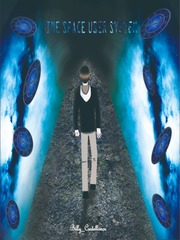 What is Time Space User System

Time Space User System is a popular web novel written by the author Billy_Castellanos, covering SYSTEM, MAGIC, FANTASY, ACTION, ROMANCE, ADVENTURE, WEAK-TO-STRONG, GAME-ELEMENTS, TRANSMIGRATION, MYSTERY, Fantasy genres. It's viewed by 880.5K readers with an average rating of 4.3/5 and 27 reviews. The novel is being serialized to 73 chapters, new chapters will be published in Webnovel with all rights reserved.

Finding himself waking up in a strange body, Luke Lewis realizes that it isn't the end; in fact, it was the beginning of his story. Invasion, Ability, Advanced Technology are the things Luke found upon living as another Luke Lewis. By any chance, he is also bestowed by a mysterious system. With it, he leaped from a normal person into a Transcender. Would he, Luke Lewis, find the purpose of his existence in here? Follow Luke's journey as he ventured through the mysteries that clouded over his transmigration. (Note: Chapter 10-50 still in editing process. Some different with earlier chaps might be present) Buy me a coffee: https://ko-fi.com/billycastellanos