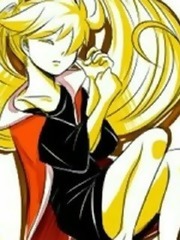 Time is Lingering with you [Slow Updates]

"Baby, let me hug." "Well... No, I am late..." The soft voice of the girl, with a trace of coziness. The first time she met, she was eaten by him. The second time he met, he became an antidote. The third time I met, they quickly received the certificate. She was turned home by him and became the beautiful wife of Lu. Rumors of the ruthless Lu Ye, she loved her alone. Holding, hurting, petting, in your mouth, holding it in your heart. One day, she couldn't stand the man's strong hegemony, leaving a divorce agreement to climb the wall and leave... but didn't want to, just just over the wall, she was pulled down by the man. Falling in his arms, he touched his lower abdomen, dumb and asked: "Woman, where do you want to take my son?" I am ONLY translating this series this story is owned by: Lu Yun light