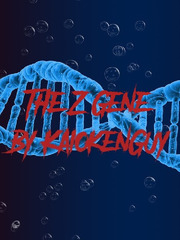 In the near future of the Earth, wars ravaged its surface leaving the planet in a dying state, the last human scientists let out a virus that would supposedly awaken the latent genes in the human body to give them a better survival tool. Our Protagonist is the first human that awakened the gene along with his best friend. He finds himself awoken in a desert wasteland with no memories his best friend whereabouts unknown to him, his personality altered beyond whatever he was at first, alone and made to put on a show for the scientist and the richest men on Earth, he is viewed by them like an animal in a cage. Unknown to them the animal can break the cage and slaughter all of them if he is poked enough times. Daily chapters! Please support me and this novel here: https://www.patreon.com/KaiokenGuy