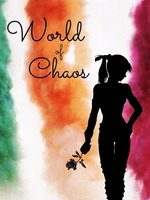 The World of Chaos

What is The World of Chaos

The World of Chaos is a popular web novel written by the author BeBetterUnknown, covering ROMANCE, COMEDY, TEEN, SCHOOL, YOUNG-ADULT, YOUTH, TEENFIC, FOOTBALL, DADDY-ISSUES, Teen genres. It's viewed by 668 readers with an average rating of 0/5 and 0 reviews. The novel is being serialized to 1 chapters, new chapters will be published in Webnovel with all rights reserved.

It's not a world of chaos but rather the world of Chaos. Bonnie Chaos Flynt, a high-school girl who lives with a hell lot of issues. Pretty cliché, huh? But nah... It was, but not after she transferred to the school of her brother, which is a football player and where his father is the football coach. Usual team full of players, not only of sport, but of girls. Will she be able to stomach living where these boys freely go back and forth? Especially Draven Estriel, the school's most adored quarterback. Her life took a complete 180° turn and she's not liking it. Not because it's bad but because it isn't. Will she adopt or give up? Be part of her journey in this chaotic book.