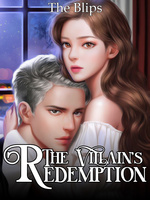 What is The Villain's Redemption

The Villain's Redemption is a popular web novel written by the author TheBlips, covering TRANSMIGATION, QUICK TRANSMIGRATION, SYSTEM, STRONG-FEMALE-LEAD, ROMANCE, COMEDY, BADASS-HEROINE, SMART-PROTAGONIST, BEAUTIFUL-FEMALE-LEAD, SLOW-BURN-ROMANCE, Fantasy Romance genres. It's viewed by 1.6M readers with an average rating of 4.8/5 and 93 reviews. The novel is being serialized to 190 chapters, new chapters will be published in Webnovel with all rights reserved.

I Don’t Want This Bad Ending

The CEO's loser wife: Rebirth of the villainous queen of alchemy