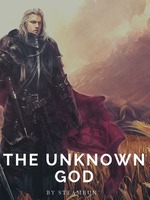 What is The Unknown God

The Unknown God is a popular web novel written by the author SteamBun, covering BLACKSMITH, DRAGON, CRAFTING, CULTIVATION, MYSTERY, SWORD, POPULAR, MMORPG, MONSTERS, BATTLE, Video Games genres. It's viewed by 310.5K readers with an average rating of 0/5 and 8 reviews. The novel is being serialized to 47 chapters, new chapters will be published in Webnovel with all rights reserved.

A few hours after being announced, Novus became the centre of the world's social media updates. It claimed to have created the dream of many: "A living, breathing virtual world, with 'real' NPC and a constantly evolving environment. Backed by the power of the most cutting-edge Artificial Intelligence, code-named the Goddess." Overnight phenomena worldwide, taking the world by storm. Not only had it come out of nowhere... but it was releasing a week after the announcement. Gamers, disappointed by the lack of innovation and the profit first quality later mentality of the big game companies, jumped on the occasion. -- From within the void, someone returned home. ---------------------- Join the discord to discuss the novel and submit suggestions: https://discord.gg/ZbEpJCq Release schedule: 3-4 per week. Cheers, SimplyBum