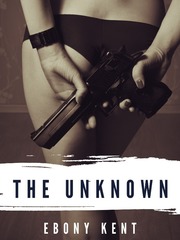 The Unknown: An Assassin's Story

Ava, a strong and beautiful woman in her early twenties, is special in so many ways. But, without argument, there is one trait in particular that stands out above the rest. Her occupation. Since the latter half of her teens, Ava has been working for one of the most powerful men in America as his private mercenary—tying up loose ends in all his illegal dealings. This man was not only her boss, but her father. While other kids were playing in the park, Ava was forced to study the lethal arts of espionage. Over the lonely years of intense isolation and training, she had eventually become accustomed to the high-risk lifestyle that came with being an assassin, even finding joy in the merciless act of killing for profit. One horribly botched job later, everything changed. Facing years behind bars at the state’s high-security correctional facility, Ava now finds herself facing new obstacles of survival and treachery. But even with the everyday trials and tribulations of prison life, she manages to form a few new promising relationships along the way. Through these new acquaintanceships, Ava soon becomes involved in an organized movement that wants to help her exact vengeance on the power-hungry crime boss and set the record straight. Ever present in the back of Ava’s mind, one burning question remains: How can I ever trust anyone again?