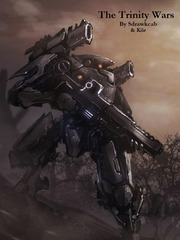 What is The Trinity Wars

The Trinity Wars is a popular web novel written by the author Sdrawkcab, covering Sci-fi genres. It's viewed by 87.2K readers with an average rating of 4.95/5 and 28 reviews. The novel is being serialized to 58 chapters, new chapters will be published in Webnovel with all rights reserved.

The swarm has been a fact of life for the past hundred or so years, especially after they managed to make planetfall. The subsequent evacuation was considered the only chance for humanity to survive as a species. We took to space like fish to water; it seemed to be in our DNA to explore the universe. Earth was quickly devoured while the escapees managed to reach Mars, the point of the first contact with the swarm, a planet that even they had left for greener pastures. We set up an outpost and began creating a colony, but the swarm was still in the back of our minds. They had our planet, and we wanted it back!