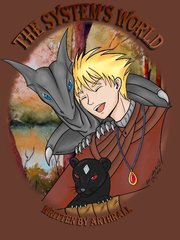 What is The System's World

The System's World is a popular web novel written by the author Arthrall, covering SYSTEM, REBORN, SWORD AND MAGIC, MYSTERY, GAME WORLD, Fantasy genres. It's viewed by 773.6K readers with an average rating of 4.33/5 and 12 reviews. The novel is being serialized to 69 chapters, new chapters will be published in Webnovel with all rights reserved.

The novel's cover art is done by rei_chie! So, have you ever wondered what would happen if you died way too early? Have you ever wondered what would happen afterwards? Well let me tell you, this story has that in it. It goes from dying, to reincarnation, and to leveling like a character from a rpg game. If these are what you like to read about, then come check out The System's World! The system actually talks to the character in the story. They progress quite a bit in the story while he tries to level up! The next thing I saw was complete and utter white glow, that was so blinding that I had closed my eyes due to the pain it had caused. After a few minutes I decided to open my eyes. It had taken me a few moments to let my eyes adjust but once they did my eyes were opened very wide. I had never seen a room like this before, it was completely all white. Everything was white not just the chairs or desk. During this time someone had walked up to be right behind me and patted my shoulder. I froze the moment something touched me, it felt really cold and awkward. I decided to turn around and look at the person or thing that decided to touch my shoulder. I was quite surprised to see the very same lady that was at the comic con earlier. "You!" I said to her. "I told you I would see you again." The lady said while smiling.