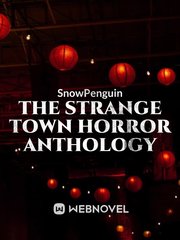 What is The Strange Town Horror Anthology

The Strange Town Horror Anthology is a popular web novel written by the author SnowPenguin, covering MODERN, MYSTERY, HORROR, THRILLER, TRAGEDY, DEATH, DARK, HISTORICAL, SHORT STORIES, MULTIPLE PROTAGONISTS, Horror&Thriller genres. It's viewed by 2K readers with an average rating of 0/5 and 0 reviews. The novel is being serialized to 3 chapters, new chapters will be published in Webnovel with all rights reserved.