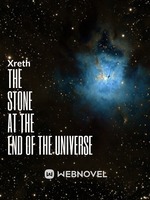 The Stone at the End of the Universe

What is The Stone at the End of the Universe

The Stone at the End of the Universe is a popular web novel written by the author Xreth, covering GODLIKE MC, REINCARNATION, SYSTEM, CULTIVATION, CUNNING PROTAGONIST, OUTER SPACE, ALIEN CIVILIZATION, FUTURISTIC, EXPLORATION, GODS, Sci-fi genres. It's viewed by 106K readers with an average rating of 0/5 and 4 reviews. The novel is being serialized to 44 chapters, new chapters will be published in Webnovel with all rights reserved.

After a tragedy, Jack Hommens loses his life under the pressure of gravity. Yet, before his body was smushed, incredible coincidences forged his very existence into a material at the same level as a singularity. When he finally came to, everything has changed. Feeling all sorts of phantom pains, he lost his limbs, torso, and even head. Drifting into the emptiness of space as a piece of white stone. After awakening, he began to recall everything that happened. He began to make plans: planetary armies, galaxy breaking level weapons, even worlds beyond the universe. Nothing is out of reach.

Master of the Omnitrix

Reincarnated with a Minecraft System(Hiatus For Now)