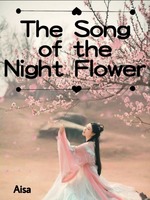 The Song of the Night Flower

What is The Song of the Night Flower

The Song of the Night Flower is a popular web novel written by the author Aisa_, covering ROMANCE, REINCARNATION, COMEDY, LOVE, REBIRTH AND REINCARNATION, FUTURE, FAMILY AND FRIENDS, COMEDY-DRAMA, MISTAKEN IDENTITIES, EXTRA CHAPTER INCLUDED, Fantasy Romance genres. It's viewed by 2.3K readers with an average rating of 0/5 and 1 reviews. The novel is being serialized to 2 chapters, new chapters will be published in Webnovel with all rights reserved.

"How far are you willing to go for love?" Hua MingJie, a wealthy lord of noble lineage, has lost his most cherished possession: his wife. Driven by desperation, he comes into contact with an ancient shaman who, practicing dark arts, boasts of being able to bring the dead back to life. Paying dearly for his choice, he decides to entrust the fate of his family to him. The "nameless girl" is a lost young girl who suddenly wakes up in a bed unknown to her. She doesn't know how much time has passed, but she realizes with horror that she is no longer able to remember her own name, nor the reason why she is in that place. Welcomed by the gentle smile of a young woman, she discovers that she has been the victim of an inauspicious fate and that her name is - actually - Yeh YaQin, MingJie's wife, who passed away prematurely. Will the young woman be able to recover the memories of that love?