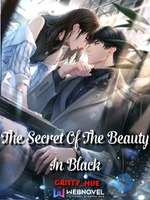 THE SECRET OF THE BEAUTY IN BLACK

What is THE SECRET OF THE BEAUTY IN BLACK

THE SECRET OF THE BEAUTY IN BLACK is a popular web novel written by the author GRITTY_HUE, covering ACTION, FEMALE BADASS, MARTIAL ARTS, ROMANCE, MODERN, POWER COUPLE, HANDSOME MALE LEAD, JEALOUSY, COMEDY, R-18, Contemporary Romance genres. It's viewed by 328.9K readers with an average rating of 4.73/5 and 35 reviews. The novel is being serialized to 173 chapters, new chapters will be published in Webnovel with all rights reserved.

[Going through the process of editing.] It was after that night, Jennifer had experienced a new change within her... "Jenny, when are you going to find yourself a boyfriend? You are already 24." "Emma you should stop asking her, as she has a condition applied for dating." "And what is that? I tell you, Jenny I have a very handsome cousin, you would surely like him." "Being handsome is of no use. She has agreed to date the man who could defeat her in a dual fight." "Are you kidding me, George? Is it true Jenny?" "Yes.." ______________________________________________ "You lost...." "No, this can't be true right" murmured Jennifer. "So what do you want?" asked Jennifer. "Are you sure you will fulfil my wish?" "Yes, I never back down on my words." "Marry me," demanded Emmett. "What? But you are a gay right?" He bent down near her ear "You will know when you will marry me" he whispered and smirked. "You..." ______ Emmett is a very Handsome man. Wherever he goes, he is greeted by a flock of girls who are ogling at his beauty. Problem is only that his family thinks that he is gay and thus they arrange boys for him at night, which infuriates him. Jennifer marries him thinking that he is a gay and a CEO of RASMON ENTERPRISES the top company in the world and doesn't know anything about the underworld. But what she doesn't know is that he is more of a badass than her and is not just a CEO of the top company in the world. Jennifer has a past and is trying to hide away from it. Affected by her past, she does not want to date or marry anyone. But circumstances force her to. Will Emmett be able to help her? The way Jennifer discovers that he is not gay is full comical. Few characters are very jolly. It is a love-hate relationship. *It's a slow burn book, hope you enjoy it. JOIN AUTHOR'S DISCORD- https://discord.gg/5Gfy7Tn [Disclaimer- The picture in the cover is not mine, credit to the owner.]