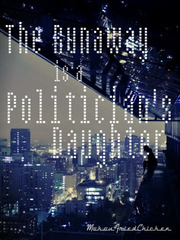 True Title: Tales from Midas: The Runaway Struggling novelist Athena Morrison once thought life had nothing left to offer her. Living a reclusive lifestyle and trying to make ends meet while trying to make a name for herself as an author, she certainly had it hard enough. Coupled with extreme bouts of depression and constant threats with running from her dark past however, one can only go so far before something snaps. So in one stormy evening, plagued by the demons of her own making, she planned on ending it all. Before she was stopped by some unsuspecting maintenance crew. A fateful encounter, if she were to describe it. Change was coming to her life. Perhaps it was time to stop running, to try and take hold of her own destiny.  A lot of things were happening in this city, money changing hands, deals being made; politics were being played and power constantly in flux. And while change is something to be feared, it was also something to be excited about. Athena only hoped that it was for the better. ⬛⬛⬛⬛⬛⬛⬛⬛⬛ Bug me on Discord: https://discord.gg/NZA6Jun Bug me on Twitter: @FriedMokou