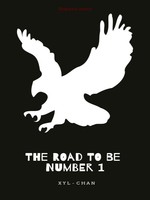 THE ROAD TO BE NUMBER 1

What is THE ROAD TO BE NUMBER 1

THE ROAD TO BE NUMBER 1 is a popular web novel written by the author WhatInTheNani, covering ACTION, MATURE, GORE, WEAKTOSTRONG, BADASSMC, Horror&Thriller genres. It's viewed by 512 readers with an average rating of 0/5 and 2 reviews. The novel is being serialized to 0 chapters, new chapters will be published in Webnovel with all rights reserved.

Several countries began working together to make a survival program on television shows. Among them are Indonesia, Korea, Japan, America, Arab United, China, Brazil and France. They will send 100 peoples each year to be sent to a special island on the show. And the selection will be randomized from the lottery number system that has been distributed two days before. And what should the people in that country do when their names are chosen later? Will they survive or even die on the survival event? Actually, what are the eight countries' goals for making a survival event? *** *English is not my native language*