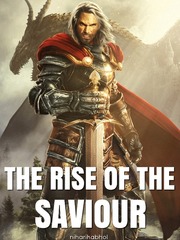 The rise of the saviour

What is The rise of the saviour

The rise of the saviour is a popular web novel written by the author niharikabhol, covering R-18, SYSTEM, ACTION, REINCARNATION, ADVENTURE, FANTASY, STRONG MC, SUPERPOWERS, MAGICAL REALISM, CULTIVATION, Fantasy genres. It's viewed by 350K readers with an average rating of 4.68/5 and 41 reviews. The novel is being serialized to 82 chapters, new chapters will be published in Webnovel with all rights reserved.

Morpheous, a man determined to fight injustice, awakens to a miraculous power during a deciding fight with the Kingdom of Nubia’s tyrant king. Even when the bolt of death was conjured, he took it all in, like he was harvesting its power! With one swift fling of his sword, he defeats him much to the peoples' surprise. At the moment when he’s about to receive the mantle of being the next ruler, the kingdom’s council head casts him back in time. Thrown into a purgatory, will he be able to realize that he is the Invincible One? Follow Morpheous, as he sets on the journey of revenge across the nine worlds as he learns new skills, transforming into the harbinger of ineffable mayhem for the people who have killed his father. ----------------------- Excited to discuss more Morpheous? Want to have a sneak peek? Then---> [Join me on discord at] https://discord.gg/cPVJ69e . . . NOTE - I am not the owner of this cover and if you are, then let me know. I will take it down.