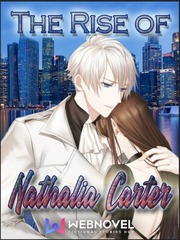 The wedding day. A moment that most women treasured with but not with her. She was poisoned at her own wedding day; Nathalia Carter died full of hatred for her father and fiance. How could she accept that they murdered her? Nathalia gaped at Evette Carter, her step-sister, who was now laughing at her stupidity. Evette is one of the culprits behind her painful death. Demons. They are all demons. Nathalia thought in silence while she closed her eyes as consciousness abandoned her. With rage and tears, Nathalia cursed them and promised to take revenge if given a chance to survive. Suddenly, God hears her prayer and gives her a second chance, and she was allowed to come back to seek revenge. This time, she will not be so naive. She becomes fiercer and eager to bring the justice of her own death. She would make sure they got what they deserved in this life. Revenge. Torture. Take everything they had. Make them suffer, ten times worse than what they did to her. Along the way, her life changed when she met the notorious playboy- Spencer Davidson. He aims to take her as his woman and help her to fulfill her desire to take revenge. Love, Revenge, and Mystery played along the way. Giving her the most challenging part as she journeyed her new life. Cover Created by: Weilan Wanna know more about the story follow me at Instagram: annashannellin