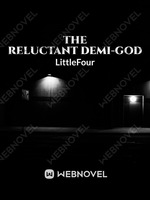 What is The Reluctant Demi-God

The Reluctant Demi-God is a popular web novel written by the author LittleFour, covering HAREM, MAGIC, DEMONS, ANGELS, GODS, MURDER, ANTIHERO, MODERNDAY, Magical Realism genres. It's viewed by 2.6K readers with an average rating of 0/5 and 0 reviews. The novel is being serialized to 2 chapters, new chapters will be published in Webnovel with all rights reserved.

So What can I tell you about myself? Well my Name is Max and I'm a successful bar owner in China. China? Right, sorry should explain why I moved here. There are two sides to this world, like a coin, heads is the normal world that everyone sees while tails is a world filled with magic, demons and all sorts of shit that can kill you. There are 7 major bloodlines in the magical world that are controlled by 7 key families, I was meant to lead one of the 7 until I decided that I wanted out of the magical world before It consumed me. You see, I'm a bit of an anomaly in the magic world, I'm the reincarnation of some hero of old, King Arthur or Hercules or something like that. I can't die of old age due to my expertise in death magic, sounds great right? Not when everyone around dies and you are the last one left, I mean I could grant them immortality as well but the then they would have watch everything they cared about die, just like me. I ran to be free, little did I know that I was playing into a prophecy of old that would set the world aflame like it has never been before.