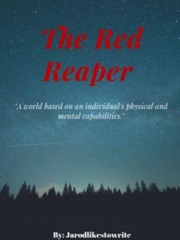 In society, the weak are trampled upon by the strong, and this unsaid rule only increased in strength when the war was finished, the savior who turned the tides of the war, only known as the "Red Reaper". In Brikston Highschool, one of the most prestigious schools in America, those unspoken rules are no different, the bullies pick on the weak and walk upon them like trash, and the weak cannot do anything but cower in fear and pray it will be over. Enter Leo Apollyon, a boy who got into Brikston due to his mental capabilities and his deep pockets. But there is something wrong with Leo: he has no physical capabilities, making him the lowest of the low, constantly being picked on and bullied by everyone, including a popular girl who claims to be the "Red Reaper" that saved the country. But Leo has secrets, some that would change the course of history if revealed, and his past won't let them stay hidden. Will Leo be able to survive Brikston and brave his past? Or will he fall at the hands of his own incompetence?