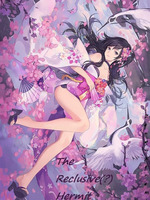 What is The Reclusive(?) Hermit

The Reclusive(?) Hermit is a popular web novel written by the author ZenonXtreme, covering ACTION, CULTIVATION, CREATION, ADVENTURE, R-18, CRAFTING, RESEARCH, COMEDY?, SLICE-OF-LIFE-ISH, REINCARNATION?, Fantasy Romance genres. It's viewed by 63.5K readers with an average rating of 0/5 and 0 reviews. The novel is being serialized to 34 chapters, new chapters will be published in Webnovel with all rights reserved.

Rebirth of The Abandoned Demigod