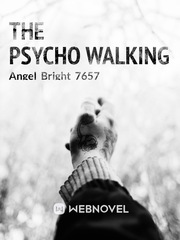 “He is a psychopath. And, somehow, he is obsessed with you.” “Why? What does he want?” “Your attention.” *** Fearful, newly rejected, and dealing with severe student loans, a college student found herself being approached by the detectives of her town. Apparently, a vicious and cunning psychopath had grown obsessed with her and was creating havoc just to get the police to fulfil his demands…get his obsession; her. Joining the police to investigate the messed-up psychology of a dark and vicious psychopath, the panicked girl found her discovering dark secrets and, begrudgingly, sympathizing with the psychopath…a man who was destroyed by his past, crushed by his sanity and more adoring than the girl’s ex-fiancé.