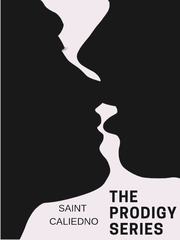 What is The Prodigy Series

The Prodigy Series is a popular web novel written by the author Saintc, covering BOYXBOY, GAY, MANXMAN, HOMOSEXUAL, LGBT, BL, GAY ROMANCE, ROMANCE, TEEN FICTION, SLASH, LGBT+ genres. It's viewed by 393.4K readers with an average rating of 0/5 and 6 reviews. The novel is being serialized to 75 chapters, new chapters will be published in Webnovel with all rights reserved.

The Prodigy Series is a collection of 10 books that follow 10 gay couples over 10 years. Each book/Volume features a different couple. [Book 1/Volume 1 - The Genius] Wyatt Wilson has always been at the top of his grade. He's winning every quiz, debate and academic Olympic under the sun. His teachers adore him, his mates envy him and everyone generally thinks his parents are genuinely proud of him. But that's not the Wilson household for you. Meet the Wilsons, a family of seemingly generational artists. Wyatt's parents aren't interested in grades and scholarships; they're interested in art contests, exhibitions and art style. Every Wilson can create art - except for Wyatt. As Wyatt struggles with being accepted at home, a new threat in form of a foreign exchange student threatens to take his place at the top of the class. Can Wyatt cope with losing the one thing that makes him relevant? [Book 2/Volume 2 - The Tech Wiz] Benjamin Maxwell is a Tech Wiz. He brings crashed computers back to life, gives gadgets whole new operating systems, recovers long lost data, and hacks into secure networks without even breaking a sweat. Benjamin Already knows he has a secure place in his dad's tech repair shop after he graduates from high school. But what happens when Felix, a senior Ben has been crushing on since he got into high school asks him to join a young inventors contest as his partner? Will Benjamin realize his talent is worth much more than he's been giving it credit for? [Book 3/Volume 3 - The Artist] Caleb is an artist, he's a master in every possible medium, and nothing less was expected from him as a Wilson, an extended family of high aspiring artists. Caleb enjoys creating art, but he doesn't enjoy the pressure that comes with it, and the expectations his parents weigh on him. Creating art slowly became a chore, and Caleb lost the spark that made his work shine, but things change when he meets Toby, a new teacher fresh out of college in his high school's art department. Toby helps him rediscover his love for art, and Caleb comes to a realization that his feelings for Toby were starting to head towards an irreversible direction.