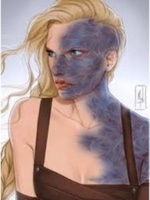 The Power of Ten: Sama Rantha

What is The Power of Ten: Sama Rantha

The Power of Ten: Sama Rantha is a popular web novel written by the author Aelryinth, covering LEVELLING SYSTEM, LITRPG, MAGIC, RPG-ELEMENTS, REINCARNATION, WORLD-BUILDING, FANTASY ADVENTURE, SWORDS-AND-MAGIC, QUEST FOR POWER, ACTION-ADVENTURE, Fantasy genres. It's viewed by 1.7M readers with an average rating of 4.79/5 and 48 reviews. The novel is being serialized to 534 chapters, new chapters will be published in Webnovel with all rights reserved.

Note: As of 5/15/2020, this novel has moved to Royal Road (chapter 534). Book Two is nearly done, at 657 chapters. Book Three will follow on its own page at Royal Road! (8/18/20) Some time ago, a great and powerful Archmage tried to save the planet of Terra from impeding disaster by inventing a VR game to train the gamers who survived the apocalypse to defend humanity. That game was the Power of Ten. This is not that story. This is the story of what happens when your patron gods realize you've invented a system to imprint ass-kicking VR characters onto souls, and decide to take advantage of some of those character templates! Book One: Join Sama and her allies as she first has to endure what it means to be a hagchild, and then on her road to Ten! ---------- Book Two: Space, the final frontier. In the grim darkness of the far future of a galaxy far, far away, there came a hagchild... QX! ---------- If you want exclusive, early access to upcoming chapters, you can support me on my new Patreon @ https://www.patreon.com/ThePowerofTen added 10/24/2019! Updates Daily (on Royal Road now). Average Chapter length is about 2,000 Words (4+ Word Pages). I have some expired Discord links in the author comments. My Discord Channel is The Power of Ten, TPoT, and I have Discord up all the time I'm on line, if you have questions or want to chat. The permanent link is: https://discord.gg/gJ6fRs9 If you have confusion with terms or abbreviations, just reply to one of my comments, and I'll put it into the author notes for everyone! If you are reading through, make sure to check the reader comments areas. I answer a lot of questions there. I have added more acronym explanations to the early chapters in response to reader feedback. As of 6/8/2019, there is a glossary addended to Chapter One!

Is that a Wisp?