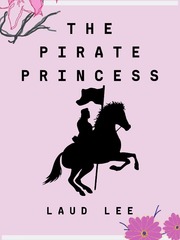 The youngest princess of Hebelone went off to the sea and became a Pirate. She comes back one day to find her elder sister engaged to a Keirish Prince who was now taking care of her country. As the Prince begins to question her lack of responsibility , she begins to realise how naive she had been, how she had run away from her problems and found her solutions in the sea, by joining a happy go lucky pirate group. The princess slowly takes responsibility, and involves herself in the matters of the state,but she begins to confront more problems, the worst of which she had not seen coming,and that would perhaps make her leave everything behind and go away to the sea once again. Just so you know:20% comedy, 60% drama, 90% old school romance, 0% tragedy with a kick ass princess. I know the grammar sucks. But my editor is getting married and has forsaken me. ??