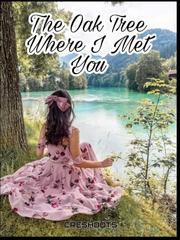 The Oak Tree Where I met You

What is The Oak Tree Where I met You

The Oak Tree Where I met You is a popular web novel written by the author itscreshdots, covering Contemporary Romance genres. It's viewed by 5.4K readers . The novel is being serialized to 24 chapters, new chapters will be published in Webnovel with all rights reserved.

deline Sadie Rivera is a known bratty heiress of the Rivera Mango Plantation. She grew up getting things on her way, spoiled yes, but kind. But when her eyes meet Joseph Grayson Acharon, son of the Mayor of their province,she knew that there something about him that she wanted. She tried her best getting close with him, especially that she's known as one of the prettiest face of the province. But when they first met the guy only sees her as a child! She was offended ofcourse, and she didnt know that he already have a fiancee! She was labeled as the Mayor's son other girl! And what made her madness level up is when the Grayson guy didnt help her to clean her name! That's why she will do her best pissing him off and make him break his fiancee. She thought that it would be easy. But her families deepest secret has been re-opened, making her break her principles in life and breaking her heart too