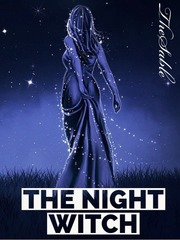 Sky was an average nurse - before she died to be reincarned as a powerful Night Witch. But there's a catch: that witch is also a criminal. Now Sky has to pay for the crimes she never commited. She is sent to the Witch Island - a prison where witches live side by side with demons, monsters and knights. Surviving there is going to be tough: Sky has no control over her powers, while the magic of the Night Witch instinctively attracts to her every man she meets.