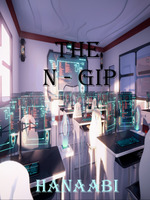 What is The N-GIP (paused)

The N-GIP (paused) is a popular web novel written by the author Hanaabi, covering ACTION, URBAN, HIGH-SCHOOL, URBAN-FANTASY, PSYCHIC POWERS, ESPER, DAILYLIFE, PSYCHIC ABILITIES, Magical Realism genres. It's viewed by 3.5K readers with an average rating of 0/5 and 1 reviews. The novel is being serialized to 7 chapters, new chapters will be published in Webnovel with all rights reserved.

Todoya High, named after it's city Todoyaki, is a school for students with special abilites also known as psychic powers. Here the students learn to control their abilities and also to train them properly. Helios Mindrake, however, is a young guy who got transfered to Todoya High due to his unclear status regarding his abilites. Marked as a N-GIP, a non-gifted person, by his classmates, he has to deal with bullies at school and various kind of new problems in his life. Yet he doesn't understand the scale of problems he'll get dragged into.