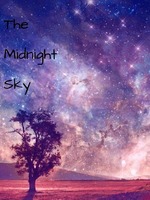 What is The Midnight Sky

The Midnight Sky is a popular web novel written by the author VirgilAnxGaylord, covering FANTASY-ADVENTURE, ORIGINAL-CHARACTERS, SEPARATION, REFUGEE, SPYING, Fantasy Romance genres. It's viewed by 1.6K readers with an average rating of 0/5 and 0 reviews. The novel is being serialized to 4 chapters, new chapters will be published in Webnovel with all rights reserved.

Indigo Yumi, a humanoid refugee from a war that ended over 50 years ago, was summoned to the Royal Family's palace. She is the last female of her kind, family and friends killed long ago. Or so is believed... Kujo Kou was stolen from his family ten years ago and sold to the Royal Family. He has served them and endured every hardship of a half-breed manservant, protecting the secrets close to his heart. They were once needed, now despised. Treasured, now tossed to the streets. Given the highest respects, now sold as servants and slaves. All under a midnight sky.