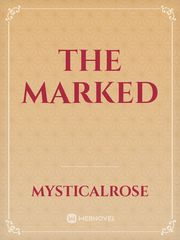 What is The Marked

The Marked is a popular web novel written by the author MysticalRose, covering ROMANCE, MAGIC, GODS, GODS-GODDESSES, GODDESSES, TIMELESS, Contemporary Romance genres. It's viewed by 3.4K readers with an average rating of 0/5 and 0 reviews. The novel is being serialized to 2 chapters, new chapters will be published in Webnovel with all rights reserved.

All of the Gods and Goddesses of every religion are real and they don't always stick to their religion. All myths and creatures, good and bad, are real. Excerpt from chapter two. Casera waves her hand and a brush floated to her before starting to brush her hair as she put on a light lipstick and a small hint of blush. Once she was done, she floated herself to her closet while yawning. With another flick of her hand, the doors open and she pulls out a pink dress with flower prints and fleece leggings. As she dress, she starts thinking of her life as a creature of the earth and night. She was an elemental being. Not human, yet not an Ethereal being like her mother and father, Mother Earth and Father Night. No, they are not the original hosts of the God and Goddesses but, Grandpa Soul chooses who stays and who goes. Nyx of the Night had gotten old and her line of gold had started to shrivel, so now Casera's father is God of the Night. The same had happened with her mother. The Goddess of the Earth could feel herself coming to her death, so she chose her mother as a replacement long before Casera was born. When she took over, Earth became revitalized and more green.