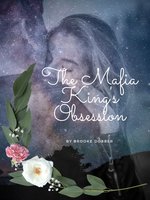 What is The Mafia King's Obsession

The Mafia King's Obsession is a popular web novel written by the author brookedobber12, covering MAFIA, FEMALE-LEAD, ALPHA, BADBOY, GUNS, HOT, GANG, REBEL, GOODGIRL, DAILY UPDATES, Contemporary Romance genres. It's viewed by 9.5K readers with an average rating of 0/5 and 0 reviews. The novel is being serialized to 14 chapters, new chapters will be published in Webnovel with all rights reserved.

Annabella's life had never been easy. She worked for everything she had, she learned to fend for herself the hard way at times, but she never quit. Life had molded her through tough times, and sometimes broken her with it's heavy burdens. Things seemed to be taking a turn for the better for Annabella, until she sees something she isn't meant to see, that is, and her life is flipped upside down in more ways than one. Enter Lusso. A ruthless leader with dangerous power. Feared as the king of the underground, ruler to the dark side of the City of Glass. But is his power truly as ruthless and simple as it seems? When Lusso's mysterious figure captivates Annabella (quite literally), what will be the cost of their forbidden encounters?

Not The Outcast Anymore

The Legend of Hades