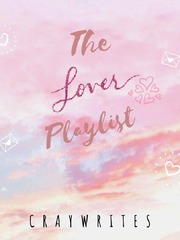 What is The Lover Playlist

The Lover Playlist is a popular web novel written by the author craywrites, covering ROMANCE, TEEN, TEENFICTION, LOVER, ROMANTIC, CLICHE, SCHOOLROMANCE, TAYLORSWIFT, THELOVERPLAYLIST, Teen genres. It's viewed by 13.8K readers with an average rating of 0/5 and 1 reviews. The novel is being serialized to 11 chapters, new chapters will be published in Webnovel with all rights reserved.

Rachelle "Elle" Hernandez, an eighteen-year-old girl who has been suffering from Epilepsy for almost her entire life. Ever since she was diagnosed with such condition, she never had any social life, she was homeschooled until now. All she had ever known was the internet, Netflix & Taylor Swift songs. Now, that she's good to go to a normal school, what has the real world in stored for her? Steven "Steve" Hayes, an eighteen year old boy who's widely known in their school, Roselake High School, for being their school's Basketball team Captain. He's not the usual jock, everyone likes him because he treats everyone nicely. He can socialize with everyone. Now that he has met Elle, what will happen when their different worlds collide? A growing relationship through songs - Taylor Swift songs - The Lover Playlist.

I wanna stuck with you

Loving you is my Biggest Mistake