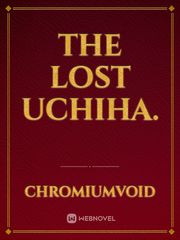 What is The Lost Uchiha.

The Lost Uchiha. is a popular web novel written by the author ChromiumVoid, covering ROMANCE, MARVEL, POWEFUL, BRUTAL PROTAGONIST, ULTRON, SADISTIC MC GENUIS, Sci-fi genres. It's viewed by 2.6K readers . The novel is being serialized to 1 chapters, new chapters will be published in Webnovel with all rights reserved.

Rishi Uchiha, the lost brother of Shisui Uchiha, Rishi was raised by his parents, he quickly rose through the ranks and became highly regarded, after his brothers supposed demise, he left the clan without warning only returning after hearing rumours that Itachia (female itachi) had killed the clan, he quickly found out why and forgave her, then he made contact with someone calling herself Madara, she offered him a place in the Akasuki.