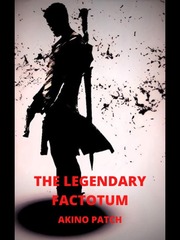 The Legendary Factotum: Reincarnated Cultivator in a Pseudo-RPG World

What is The Legendary Factotum: Reincarnated Cultivator in a Pseudo-RPG World

The Legendary Factotum: Reincarnated Cultivator in a Pseudo-RPG World is a popular web novel written by the author Patch_Akino, covering REINCARNATION, CULTIVATION, RPG, DRAMA AND COMEDY, Martial Arts genres. It's viewed by 13.2K readers with an average rating of 0/5 and 2 reviews. The novel is being serialized to 15 chapters, new chapters will be published in Webnovel with all rights reserved.

The one who was betrayed twice.... Aki Koichi worked as an assassin after the death of his parents, earning quick cash from assassination requests, all to support his little sister Aki Fumiko. However, after one of his missions, he came back to his house just to see his sister dead. While on the mission to track his sister's killer/s, he got ambushed. Right before his death, he was transported to another world, with different clothes, but with the same body. In the world full of cultivators called WuQia, he was given the name Lu Jiahao by an old woman who picked him up and nursed him back to health after seeing his bloody body in a forest. He trained nonstop and rose up to the top while looking for ways to go back home. During the process of his breakthrough to the final realm, his so-called friends killed him. Witnessing these, the goddess of another world brought his mind and soul to yet another world called Eternia - a world resembling that of an RPG Game, with his memories. A former weeb and cultivator in an RPG world... will this be enough for his redemption? Will he finally get his revenge?