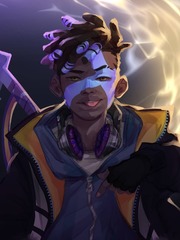 What is The Legend's Path__

The Legend's Path__ is a popular web novel written by the author TOS, covering ADVENTURE, MAGIC, SUPERNATURAL, MARTIAL ARTS, GAME ELEMENTS, LOYAL SUBORDINATES, TRIBAL SOCIETY, Fantasy genres. It's viewed by 1.4K readers with an average rating of 0/5 and 0 reviews. The novel is being serialized to 2 chapters, new chapters will be published in Webnovel with all rights reserved.

Mustafa opened his eyes and found himself in a world most humans would only dream of being in. Imagine being the sole son of the ruler of one of the strongest tribes in the dangerous plains, named , in the vast world of . A world filled with many different types of humanoid species, several dangerous and fantastic sites, numerous kingdoms and empires, and a lot of strong beings that could overturn an Empire in a single night. Welcome to the world of , a world where only power would allow you to survive and get whatever you want, be it beautiful women, vast lands to rule over, or unparalleled animal pets whose strength is unimaginable. _____________________________________________________________________ I will be posting one chapter every day at 12 in the morning. Each chapter will have between 1400 and 1800 words. I'm open to criticism as long as they are necessary to the development of the story, so don't hold back when you review the story. I hope you'll be enjoying the story.