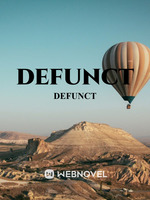 What is The Least Common Denominator

The Least Common Denominator is a popular web novel written by the author MokouFriedChicken, covering REINCARNATION, COMEDY, SMITHING, ACTION, ISEKAI, REVENGE, MEDIEVAL, REVOLUTION, ELEMENTAL MAGIC, ENCHANTMENTS, Fantasy genres. It's viewed by 17.3K readers with an average rating of 4.78/5 and 29 reviews. The novel is being serialized to 8 chapters, new chapters will be published in Webnovel with all rights reserved.

The Numenorian Empire.  A land ruled by a handful of individuals with the power to harness the elements and push their bodies to its utmost fighting potential. For eons it has enjoyed its place at the top of the food chain; the Imperial Numerators working hard to maintain Emperor Babbage's rule against both internal and external forces. In the Empire's hubris, they pushed the Denominators, the ones gifted with an affinity for smithing and the power to bestow enchantments, to their utmost limit... All while treating them like the dirt off their heel. Numerators gloated their superiority, often at their partner Denominator's expense as the former used the latter for all sorts of things. Live target practice, general punching bags, others even abused their partners to the point of driving them to suicide. It was a system that fostered superiority in firepower and physical prowess, one that's all too common in such a medieval setting. Enter then 24-year-old  Crimson. Having been reincarnated against her will, she'll have to do her best to make the most of the bad hand dealt to her by fate. Born not as a powerful Numerator capable of wielding the elements themselves, but instead with the skillset befitting of a lowly Denominator, the former unemployed medical graduate will struggle not only against the growing unrest within the Empire but also with her own acquired neuroses and fluctuating teenage hormones. It's hard enough being a modern woman in a backwater world, it's even more insufferable when you know you can make a difference. Armed with only her vast amounts of random knowledge and gameplay-molded logic, Crimson will try to mold the world around her in her own modern standards. It should be easy, right? Too bad she never finished her engineering degree. ⬛⬛⬛⬛⬛⬛⬛⬛⬛ UPDATES: I promise nothing and deliver less. Word Count: At least >1k per chapter. Bug me on Discord: https://discord.gg/NZA6Jun Bug me on Twitter: @FriedMokou