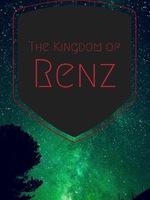 The Kingdom of Renz

What is The Kingdom of Renz

The Kingdom of Renz is a popular web novel written by the author UnformedStatue, covering ADVENTURE, FANTASY, ISEKAI, NOVEL, ANOTHER WORLD, CHARACTER DRIVEN, STORY BUILDUP, Fantasy genres. It's viewed by 2.8K readers with an average rating of 0/5 and 1 reviews. The novel is being serialized to 2 chapters, new chapters will be published in Webnovel with all rights reserved.

Shinteko Renz, a normal student, gets transported to a fantasy world after voicing his disgust in regards to the latest isekai anime series. He soon comes to realize that he's still wearing his dirty clothes from the previous day, but it doesn't matter, what he realizes next is more important. He comes to find out that in this world he is virtually invincible, inheriting abilities far superior to anyone else in the land. He chuckles at this, and due to wasting his previous life on boring mundane tasks, decides that it's going to be his sworn goal to overtake this entire new land by force. Just walking straight into powerful kingdoms front doors, and completely wiping the floor with them, quickly building up his name as a strong and powerful enemy to all, until finally he creates his own personal utopia entitled - The Kingdom of Renz.