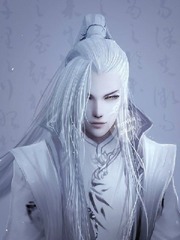 Book Temporarily on Hiatus. [Warning! Contains Hardcore Sexual Contents!] If you are below 18 in age, then do not proceed. * * * A clandestine love between the King of Hadune Kingdom and a woman with unknown origins resulted in the birth of a pitiful child. His life was fated to be kept in secret, and his identity will forever remain an eternal mystery. For three years, he lived as a servant of Queen Selena, Hadune Kingdom's Queen. But due to the cruel twisting of fate, his real background was learned by the Queen which angered her greatly. In her rage, she ordered her men to kill the young man and for his body to be fed to the beasts. An immortal soul saw his dead body which was a perfect vessel before finding a much better one. But to his dismay, the young man's soul actually hid a very deep secret... (Find out what the young man's secret is as you follow him on his journey towards learning his identity.) * * * Book cover is not mine.