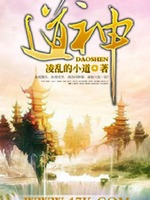 What is The Immortal Taoist - by Ling Luan De Xiao Dao

The Immortal Taoist - by Ling Luan De Xiao Dao is a popular web novel written by the author 90sKid, covering ACTION, ADVENTURE, REINCARNATION, CULTIVATION, WUXIA, FANTSAY, XANXIA, Eastern Fantasy genres. It's viewed by 50.9K readers with an average rating of 0/5 and 0 reviews. The novel is being serialized to 50 chapters, new chapters will be published in Webnovel with all rights reserved.

In his previous life, because of a cultivation technique that he could not cultivate, Sword Genius Ling Dao was hunted down by the Purple Vine Holy Land multiple times. Not long ago, the Purple Vine Holy Land killed many disciple of Ling Family s. In the end, he was still suppressed by a peerless expert at the bottom of the Divine Sword Mountain. Day and night, he suffered the pain of ten thousand arrows piercing his heart! After his reincarnation, he was Crown Prince Xiao Yao. However, because of the Sword Qi in his body, Ling Dao had become extremely weak, and was unable to cultivate. His mother had left him when he was five, in order to find a cure. His father had barged into the Celestial Dragon Forbidden Area for him a year ago and still had not returned. The King Carefree Palace had been annihilated, Jiang Zhong fled a thousand miles away with him, and Jiang Zhong, on top of the Celestial Sect, had been humiliated … The misfortune that followed after, was that it accidentally helped him to open the peerless Desolate Immortal Slaying Force cultivation technique, and from then on embarked on a journey that defies the heavens! ” It won’t be long before I make them regret their actions! “ ☆About the Author☆ Ling Luan De Xiao Dao is a young online fiction writer who is good at creating oriental fantasy novels. His debut is The Immortal Taoist .

Shades of the New World