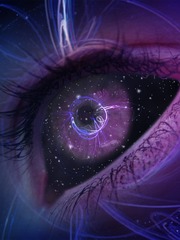 100,000 years ago, a meteorite crashed into Earth, granting a 17-year-old caveman the power humans have craved for millenniums, immortality. Though originally a savage and cruel caveman, millenniums have let Acheron refine himself and surpass the epitome of Humanity, basically, a god on Earth. With his power, he mastered all forms of combat, every language, all the arts, and much more. He sometimes created empires, sometimes built empires, sometimes destroyed empires, at times, even his own. Today, mutants with superpowers walk among the public, it is kept a secret by the governments throughout the world, and events pertaining to them are covered up but doesn't stop Acheron from interfering with their plans. 2 months ago, his oldest adopted daughter passed away, she was 96 years old. Though he cherishes all the children in his family, she was without a doubt, one of his favorites. "Her last wish was for me to have a normal life but what do children do in this era?" Acheron asks one of his adopted sisters. "They go to school, Lord Acheron," she says. "School? Will it be entertaining?" he asks, "It would at the very least be a new experience" she replies. "Make it happen!" he orders. " Yes! I will do it immediately, Lord Acheron" she says. He, who was there when the first Homo Sapiens migrated out of Africa and existed way before the wheel was created, will let nothing interfere with his daughter's last wish and will slaughter anyone that stands in his way. P.S this is not a Marvel or DC fanfic. I will also be posting this on RoyalRoad.com (Cover photo was taken from Google)