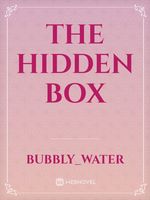 What is The Hidden Box

The Hidden Box is a popular web novel written by the author Bubbly_Water, covering ROMANCE, R-18, COMEDY, MODERN, DRAMA, THRILLER, Contemporary Romance genres. It's viewed by 132 readers with an average rating of 0/5 and 0 reviews. The novel is being serialized to 2 chapters, new chapters will be published in Webnovel with all rights reserved.

"Do it already Neilani!" A foreigner in Asia, she seeks to find the truth behind her brother's death. But when she's oblivious to the underworld, how could she cope? "Mr Sir..." She would say she loves him but then she'd have to kill him. Did he really have a hand in her beloved brother's death?? "You're a murderer." As he said those words, it felt like he had driven a knife into her already broken heart. His eyes full of hatred and disgust for the woman he once loved. Neilani Lorde, gets caught up in the drama and chaos of some Asian families. Her family's life on the line and her brother already sacrificed. Pinned as the murderer, she's on the quest to get to the bottom of her beloved brother's death, she falls in love with Choi Young. A man who was once a friend to the Yang family, the people responsible for her brother's death. Slowly, but successfully she finds out the evil schemes, secrets and lies... as everything was not as normal as she thought it was. Would Choi Young be able to look at his lover once she finds out she murdered her own blood? Would Neilani be able to let go of him if he did have a hand in her brother's death?