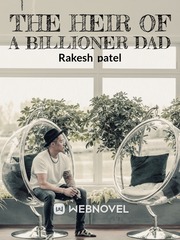 The heir of A Billionaire Dad

Michael Roy was an ordinary student, & was very poor. Because of his poverty, his so called girlfriend left him & insulted him. his classmates also humiliated & looked down on him. But who knows, after reaching home one day, he received a letter from Russia stating that it was from his dad after so many missing years would change his whole life? "my son. Your dad is the most powerful person of this country. I know you will have a lot of questions. you have suffered a lot. But now i will make sure that you won't find a single problem in your whole life. I am transferring 10 million dollars for a start as your daily livings. Just make me a call if you need more." Then the story of Michael started suddenly from an extremely poor guy to the richest kid of not only his city but of a whole country. He bought houses, few extreme high model cars, visited most reputed places & top most services. The most important thing, not only his girlfriend & classmates, he stunned many most reputed people of his city Arizona & other cities too. This story describes the journey of a young man's poor lifestyle & his lavish lifestyle. It also describes how he handled billions of money & became the greatest of all.