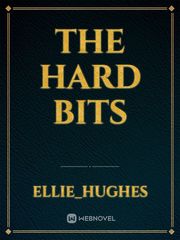 What is The Hard Bits

The Hard Bits is a popular web novel written by the author Ellie_Hughes, covering HARRYPOTTER, REINCARNATION, ADVENTURE, FANFICTION, COMEDY, Fantasy genres. It's viewed by 135.1K readers with an average rating of 4.46/5 and 13 reviews. The novel is being serialized to 18 chapters, new chapters will be published in Webnovel with all rights reserved.

Harry Potter is the Master of Death. Unable to pass on after death, he is instead reincarnated eight hundred and ninety-one times. It turns out, dying is the easier part. Living? That's the hard bit. ***** I generally get out a chapter every weekend, though occasionally sooner. Sometimes I already have a draft started the next day, adding to it throughout the week. This will have weekly chapters! ***** ... .. . I do not own Harry Potter. This is a work of fanbased fiction, and is not intended to be of anything but amusement with zero monetary value. Harry Potter belongs to JK Rowling and Warner Brothers and co.

(Rebooted) Dragged into the Wizarding World