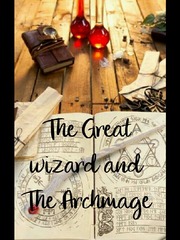 The Great Wizard and the Archmage

What is The Great Wizard and the Archmage

The Great Wizard and the Archmage is a popular web novel written by the author Zinni, covering ROMANCE, ADVENTURE, COMEDY, FANTASY, MAGIC, SWEET-LOVE, ENEMIES TO LOVERS, Fantasy Romance genres. It's viewed by 10.2K readers . The novel is being serialized to 9 chapters, new chapters will be published in Webnovel with all rights reserved.

The Kingdom of peina and the kingdom of Loei has been in odd with each other for more than 200 years, but since the later power started to rise noticeably the king of peina had to counterattack before it to late. With that it was decided that the lord of wizards of Loei kingdom Cain Escardos has to die since he pause the most dangerous threat to peina. and as the archmage of the kingdom and the most pawerfull magician Illiyanor Galastia is the most suitable candidate for the assassination job. he has been her top competitor for more than 15 years and she is more than willing to do the job not to mention that she can't stand the sight of that man , hearing his name alone makes her blood boil... But the more she got to know him the harder this job got, and why in the world is her heart beating so fast every time she sees him?

Uncanny Soul: The Awaken One

I Summoned a Skeleton