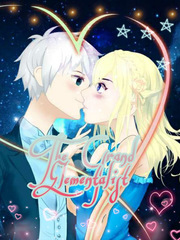 A long time ago there was a battle that determined the faith of all Elementalist. Quintela The Empress of Death and Akashino The 1st Grand Elementalist, Unfortunately Quintela was too strong for him. And so Akashino was forced to seal her away with an ancient seal. But the seal had a price of separating his soul from his body and sealing him away with Quintela. The Dragon King feared that one day Quintela might escape from her seal and there will be no one powerful enough to stop her. So he conducted a spell on Akashino's dead body that resurrects the body with a new soul from generation to generation. Which result in the creation of the 2nd, 3rd and 4th Grand Elementalist. Now today Ryūsei struggles on a journey being the F-Rank Elementalist.